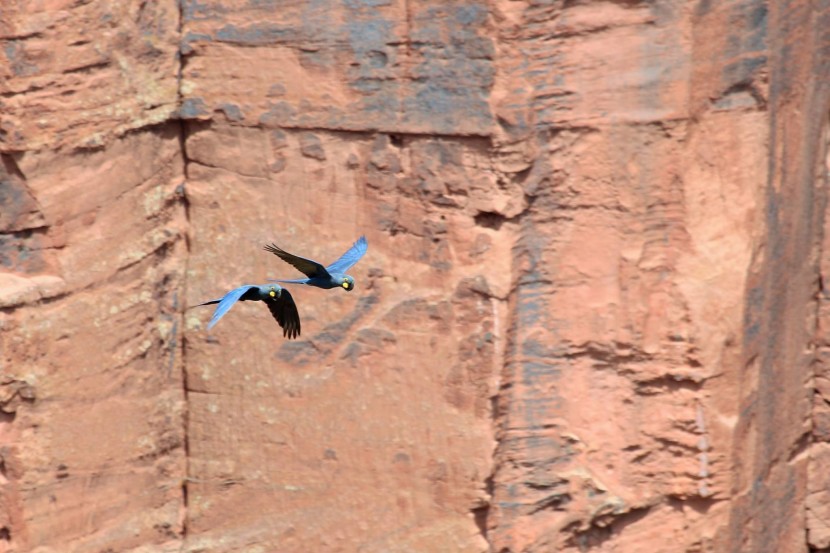 At the beginning of September, our ‪Lear’s Macaw project coordinator Tim joined the 2nd Annual International meeting of the Lear's Macaw Captive Program in Brazil.

During the two day meeting, issues concerning the establishment of a viable long term safety-net population were discussed, allowing for supplemental reintroductions of the species in its current home range. In total 15 institutions from 9 countries participate in this international conservation effort.

During the meeting we were informed of recent confiscations of Lear's macaws in Brazil and Europe. Participants shared their great concern and alarm about the rise in incidents of illegal wildlife trade of the species! We all agreed that the predominant need is to protect the surviving wild population.

Given this serious threat of trafficking, the program will also need more local acceptance and support from the international community to ensure the continued survival of Lear's macaws in the wild.

Stay tuned, as we will continue to update you on our work to help protect this beautiful species!