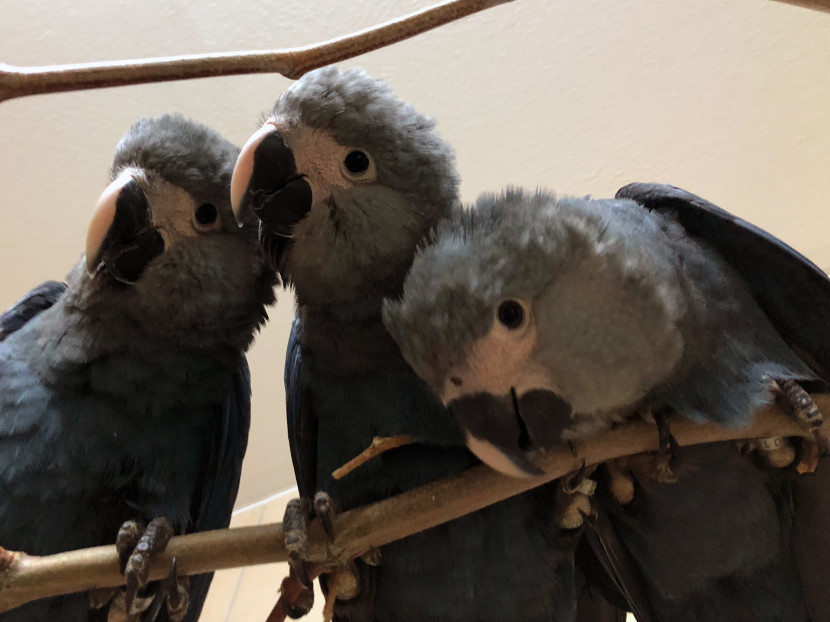 Today on world environment day, Michel Temer, President of Brazil has signed a decree extremely important for the Spix’s macaw and other species that share its habitat. He signed off, on a wildlife refuge and environmental protected area that spans 120,000 hectares in the municipalities of Curaçá in the state of Bahia Brazil.

This area is some of the historic range of the Spix’s macaw and will greatly improve the chances of protecting the habitat for the reintroduction of Spix’s macaws back into the wild.
The Caatinga is an arid (semi-desert) biome, extremely sensitive to overgrazing and human encroachment. It is a habitat easy to destroy, yet difficult to return to its former glory and even more difficult to maintain without strict protection.

One of the main reasons for the early decline of the species and the comment from Von Spix suggesting the species rarity in 1819, is extrapolated to the overgrazing of their habitat by goats and sheep.

This move by the Brazilian government to protect the habitat, is welcomed by all of us involved in the Spix’s macaw program, as we have been lobbying for this action for some time, to secure the habitat for the release of the Spix’s macaw back into the Caatinga in Brazil.

Other important steps include the fertile egg in the facility in Brazil as well as consistently good breeding seasons in Qatar and Germany over the last 5 years, substantially increasing the captive population and bringing the program closer to the release.

This year, in order to secure the Spix’s population and move closer to the release of the species, all Spix’s macaws were moved from Al Wabra (Qatar facility) to ACTP (Association for the Conservation of Threatened Parrots) in Germany. A massive move of 120 Spix’s macaws, which was a logistical nightmare. The birds were successfully moved to their newly setup enclosures at ACTP’s state of the art facility. We already have 6 Spix’s macaws bred this season and expecting more in the coming months.

Now with this protected area in place, more concentrated protection and implementation of habitat rejuvenation can take place. The important areas for Spix’s can be protected and the release facilities can be set up to incorporate sustainably within the habitat.

We are extremely proud to be a part of this project and ecstatic that Brazil is showing such commitment to the program by signing off on this massive protected area. If we can all continue to move forward in leaps and bounds as we are, it will not be long before we can announce the release of these magnificent blue birds back into the wild Caatinga…