On the 7th of June 2019, the strongest message yet, that the Spix’s Macaw will be returned to wild, was delivered to the world.

ACTP President, Martin Guth met with the Government of Brazil to sign the most significant of contracts; the contract that guarantees the return of this small blue macaw to its home, in the Brazilian Caatinga. Accompanying him at the ceremony were representatives from the Pairi Daiza Foundation and Parrots International; partner organisations in the Spix’s Macaw De-Extinction Project.

There have been many reports in world media making various claims about the newly elected Brazilian Government’s apparent lack of interest in the protection of the environment and the endangered species that call Brazil home. Today the Government has shown that they are fully committed to the Spix’s Macaw De-Extinction Project; making this conservation program a main priority. 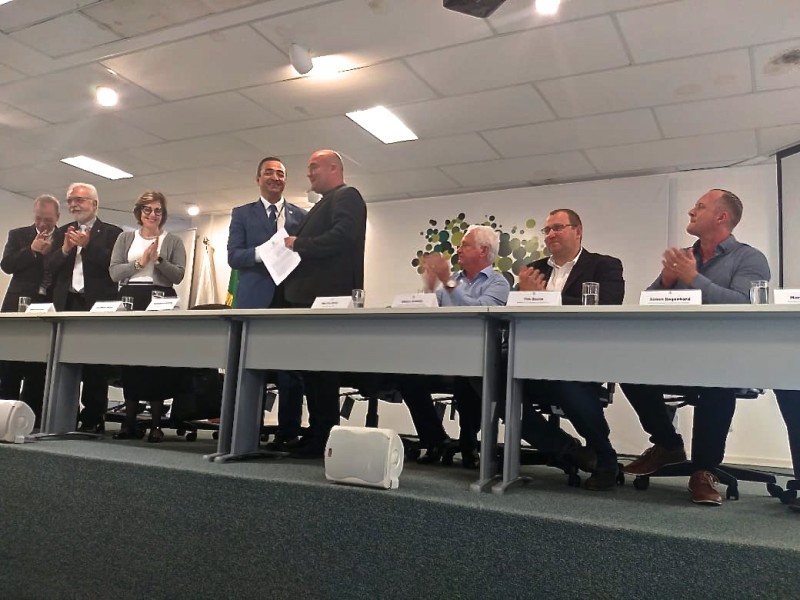 The 7th of June 2019 will be remembered as the day that the agreement to bring the Spix’s Macaw back to the wild was confirmed.

The first 50 Spix’s Macaws will arrive in Brazil at the completed Release Facility by the end of 2019. With a planned first release to take place soon after.

We would like to thank our other program partners, Wildlife Reserves Singapore and Group Beduco.