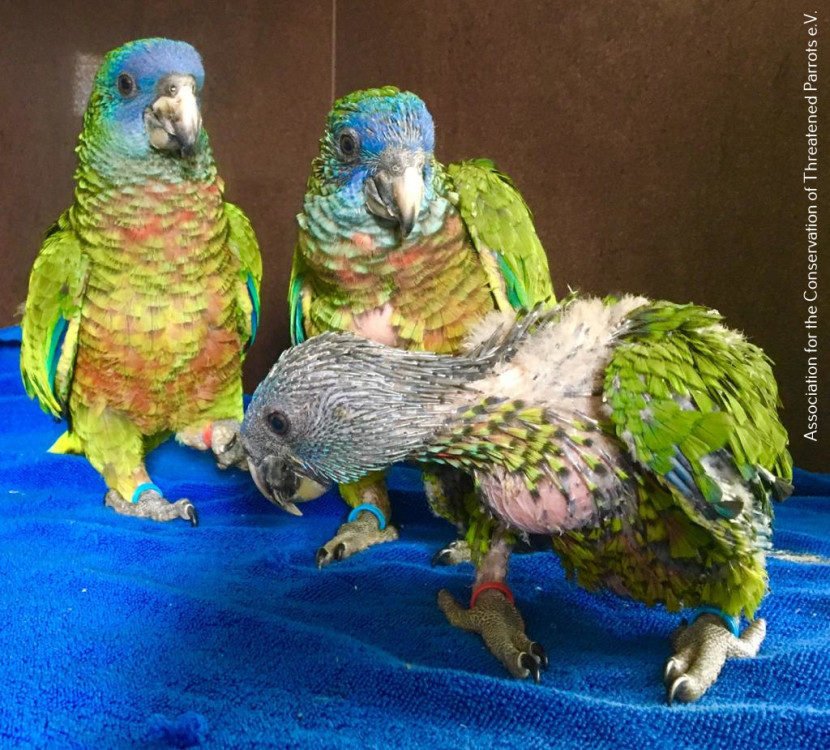 The 23.05.2019 was a very important day for our conservation project in Saint Lucia. ‪At around noon‬, a number of St Lucia Amazons landed at the Berlin airport direct from the Caribbean island, and now become part of the safety-net population at ACTP! The new birds will contribute a significant rejuvenation of this safety-net population and very importantly increase the genetic variability. All of the newcomers arrived safely and happily in Germany and are currently in our quarantine station.

Over the past few months, staff members at the Saint Lucia Forestry Department have been closely monitoring the birds in their habitat, as well as analysing their nests and breeding events.

Quite some years ago ACTP began to build a safety-net population outside of Saint Lucia, from where birds could be brought to their country of origin, should the need arise. This population came from different institutions, however unfortunately due to their age or physical condition, for the most part they are no longer able to breed. This is an extremely critical point for the success of the program and the associated construction of a self-sustaining, genetically valuable safety-net population outside of Saint Lucia (ex situ). We were once again made starkly aware of the great importance of such an ex situ population after Dominica, a neighbouring island of Saint Lucia, was hit by Hurricane “Maria” in 2017, suffering extreme destruction to both the human and animal populations, and severely affecting both endemic amazon species of the island. 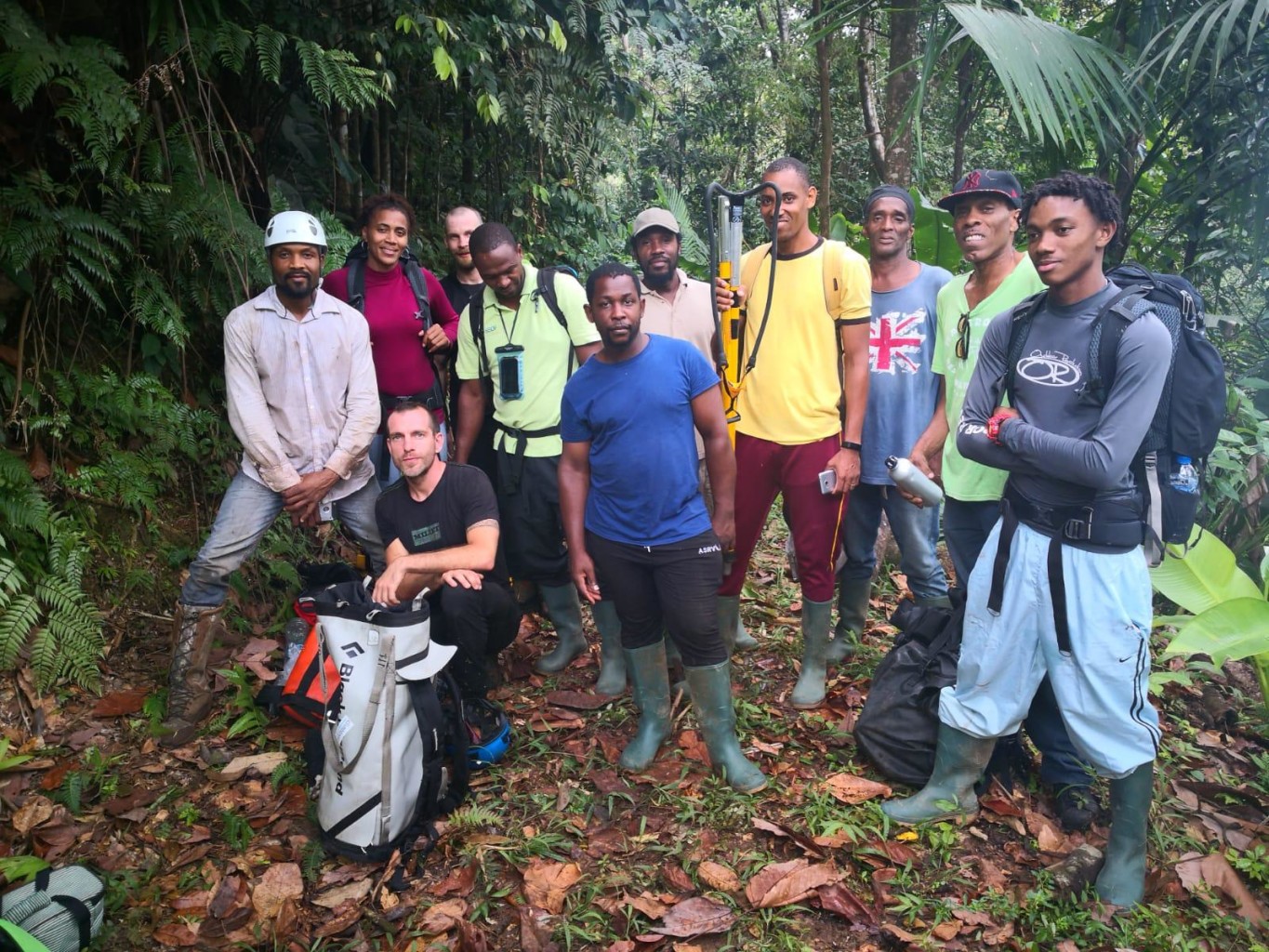 Research team: members of the Forestry Department of Saint Lucia and ACTP

The Government of Saint Lucia wants to prevent this scenario and do everything possible to protect the St Lucia Amazon. ACTP was the number one point of contact for this project as a result of its many years of co-operation, and the Forestry Department of Saint Lucia teamed up with ACTP staff at the beginning of this year to conduct intensive scientific research on the breeding and behavioural biology of this amazon species.

In addition, the Forestry Department of Saint Lucia started collecting chicks from nests to strengthen the breeding population at ACTP, via the injection of young birds with variable genetics from different areas of the island, into the program!

This scientific collaboration has been a great success, showing us that past data, especially regarding the numbers of individuals and the predators of the St Lucia Amazon, has become obsolete. We now believe that the number of chicks killed by predators is significantly higher than previously thought. In 7 out of 40 active nests examined during this season’s observations, we found possums. Two other empty nests, had traces of fur, which also came from this nest robber. In addition, we found a boa in one nest, which had obviously killed both chicks in the clutch shortly before the nest was inspected. This high loss rate, via two protected predators, has a massive impact on the St Lucia Amazon population. The next step will now be an extensive census to determine a current population size. All results of this project will be published later, in a comprehensive scientific article.

At the same time, the construction of our Wildlife Conservation and Education Centre (WCEC) is entering its final phase, and we plan to open this November. We are delighted to be so close to opening the centre, the only one of its kind in the Caribbean, and in doing so, immerse visitors in the diversity of the rainforest of Saint Lucia. Whilst the guests marvel at the fascinating flora and fauna of the island, they will also be supporting their conservation, as the entire profit of the WCEC will be reinvested in the conservation of the island!

We would like to thank the team of the Forestry Department of Saint Lucia and the Ministry of Agriculture and Forestry for this successful, long-term cooperation and we look forward to continuing to work together for the preservation of the St Lucia Amazon and their habitat!